Everything You Ever Wanted to Know About Xiao Long Bao 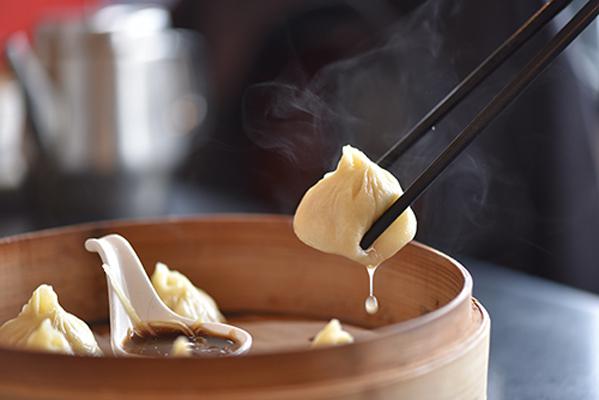 Xiao Long Bao, more commonly known as soup dumplings in countries outside of China, is a beloved dish around the world today. It’s also a historical food with origins dating to at least 1875 if not earlier. With as popular as the dish is today, people might not realize that it comes from humble beginnings.

A restaurant owner in Taiwan named Huang Mingxian owned a restaurant called Ri Hua Xuan. While preparing minced pork one day, he added aspic and then steamed the two ingredients. This caused the aspic to dissolve into liquid and the dumpling to fill with soup.

The Accidental Discovery That Tasted Delicious

Chef Mingxian immediately knew that he created something special even though the mixing of the ingredients was accidental. He decided to name his new creation Nanxiang da rou mantou, which describes a large bun filled with meat.

After serving it to a few customers, the word quickly spread and people in his village came flocking to taste it. They encouraged him to change the name as they thought it was too long and not accurately descriptive. Modern day soup dumplings then became Nanxiang xiaolongbao, which eventually shortened to Xiao Long Bao.

Most people who eat soup dumplings for the first time find them so delicious that they can’t wait to try them again. However, it can take practice and a patient guide to master the art of eating soup dumplings just right.

The first tip that expert soup dumpling eaters recommend is to use caution when retrieving dumplings from the bamboo steamer. Pinching the sides of the chopsticks lightly and reaching in to grab a single soup dumpling can help diners pick it up without it breaking. If it’s still too difficult to retrieve, asking someone else to hold down the paper that lines the basket of the bamboo steamer can help.

Just as there’s an art to picking up soup dumplings, there’s also an art to eating them. This starts with holding the soup spoon in the non-dominant hand and then adding a small amount of vinegar to the spoon. After placing the soup dumpling onto the spoon with its flat surface pointing upwards, the next step is to take a tiny bite on the edge to create an opening. This makes it possible to release the steam. The diner should then begin sucking the soup out and continue slurping until all soup and vinegar is gone.

Some people experiment with other ways of eating Xiao Long Bao such as facing it downward on the spoon and pouring a small amount of vinegar into the tiny hole created from a bite and slurping out the soup. It can take some experimentation for diners to find the method that works best for them.

The Soup Dumpling That Wasn’t So Small

Normally, soup dumplings are small and served as an appetizer. Diners who truly love soup dumplings may order as many as possible and make it a meal. However, it’s possible to take this to the extreme as competitive eater Raina Huang recently demonstrated. Huang created and consumed a seven-pound soup dumpling, which is the same size as 100 normal soup dumplings. She ate it, lived to tell about it, and may just inspire restaurants to start serving larger sizes.