7 top simple nutritious foods you can cook with 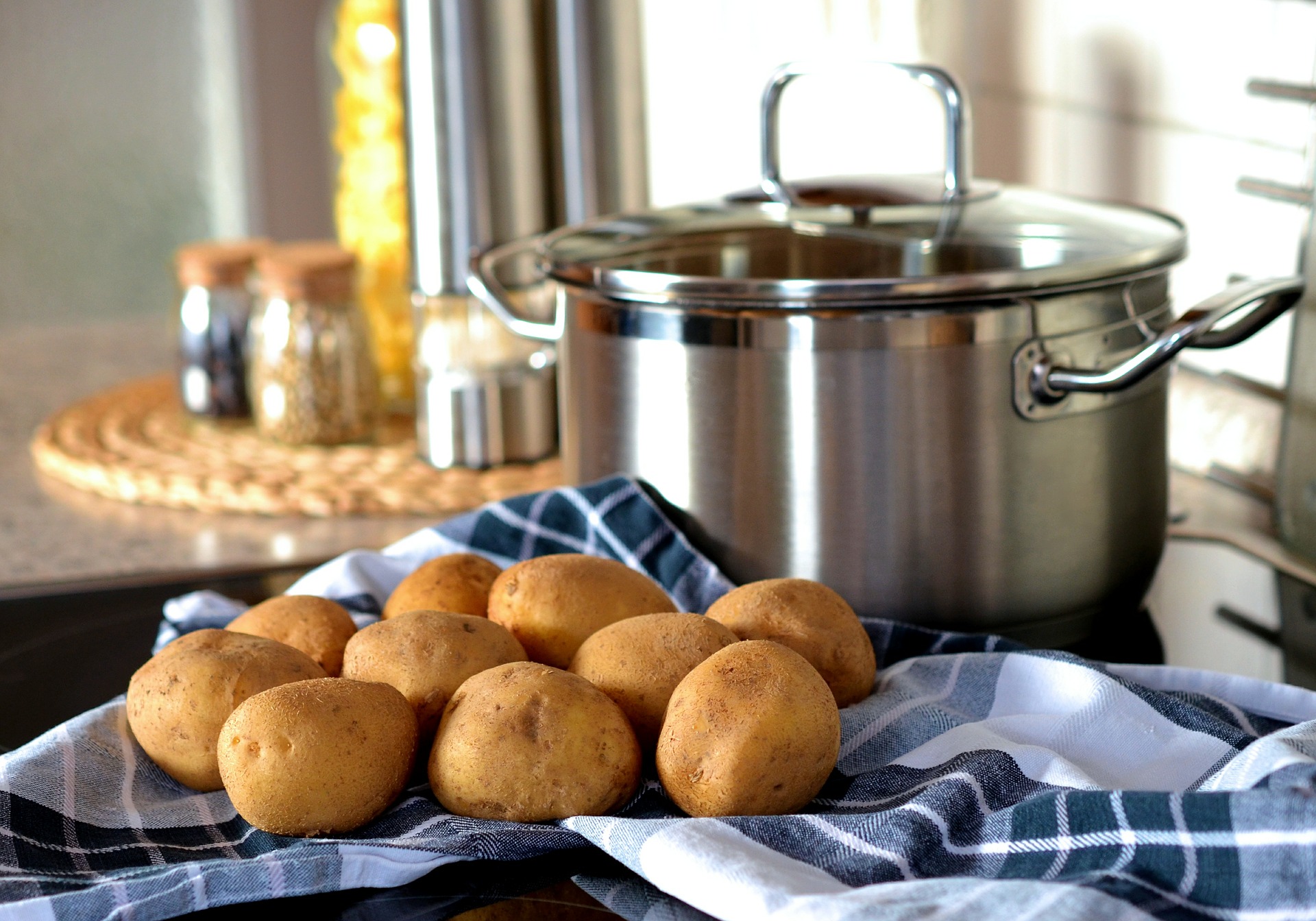 There are hundreds of nutritiously dense foods that you can eat. There are many lists on the internet for them and though the lists are often different, because of what people consider nutritious, there are always a few foods that stand out. Ideally, the more nutritiously dense your food is, the better you are, as you do not need to take in more calories than you need to get the same nutrition. Here are a few of the top foods that you need to make sure you have in your life.

Potatoes are one of the most nutritious foods you can eat. During times of famine, they have kept people alive and healthy even when there was nothing else to eat. In fact, if you just ate potatoes for a few months, you would be surprised how fine you felt, as they have most all of the nutrients you need. It is probably one of the closest foods to a perfect food as you can get. An interesting fact is that if you let them get cold and eat them (or heat them up again) a lot of the potato turns to resistive starch which is extremely healthy for your digestive system. A sweet potato is also very healthy but is a far distant cousin to the regular potato.

Eggs are a great source of protein. They were given a bad rap for cholesterol for a few years but the reality is that they don’t really raise cholesterol. They are very healthy and help with your brain as they are a good source of choline. Eggs are inexpensive and can be used in everything from bread to omelets. A potato and spinach omelet will be one of the healthiest things on the planet.

This is a standard for healthy fish. It is called an oily fish. Not because it is greasy, but because it produces a tremendous amount of omega 3 oils, which are incredibly important for a healthy lifestyle. Make sure that you are not eating farm bred salmon, as that takes most of the valued nutrition away. Salmon are also an amazing gourmet feast if you know how to cook them. Most restaurants almost boil them, which destroys them, it is so sad. Searing a salmon on one side and adding the right spices will make you not recognize it from that salmon that you get served in the cafeterias. Salmon is one of the most amazing foods.

Ok, everyone hates liver, mostly because they were force fed it when they were a kid and it was cooked terribly. There are also quite a few foods that taste different when you are young but taste fine when you are older, liver is one of them. If you cook liver properly, it is very enjoyable (just don’t try and get your kids to eat it). Liver is one of the healthiest meats of the animal. It has more health benefits than that filet mignon, though not quite as tasty. Well, cooked liver though, is an experience on its own. Search and try out some recipes and you might be pleasantly surprised.

On everyone’s list are almonds. Almonds are a great addition to add to fish or any meal as a topping. They are also great to eat on their own as a snack. They can be ground up and added to many things to give it a better taste as well. They are a good source of magnesium, which has amazing health benefits. They have proteins, fibers, and healthy fats. Almonds are just great all across the board for health. Walnuts are also right up there with almonds.

Though often considered a boring thing, watercress is one of the most nutritiously dense foods on the planet. I can lower your chances of chronic disease, it has components that might fight cancer, and it has heart benefits. There is just so much you can do with it, so definitely add this to your daily eating. Whether you add it to a smoothie or a salad, make sure the watercress is part of your life.

Lentils are another of those foods that have more nutrition that you would believe. They are high in protein and high in fiber as well. Lentils can be made into a cold salad, or into a fantastic soup, or added to a stew. Lentils are amazing. Once you start to experience them, you will keep cooking with them and have the happiness to know that you are enjoying something because it tastes good, but are also reaping the benefits of nutrition.

Many great and healthy foods have a bad name. Spinach, liver, Brussels sprout, cabbage, to name a few. Pretty much when you think of foods you don’t like, or someone doesn’t like, it is probably one of the best to eat. The reason for that is people don’t really know how to cook it. For example, the difference between boiled Brussels sprout and caramelized and baked is so large, you wouldn’t even know it was the same vegetable. Steer yourself back towards the nutrition, and get a bit more creative in cooking it, your health will thank you.

Gourmet rice, there is more than just white and brownNext Article

For KidsPlate of The Day

Why you Need to Start Meal Planning with the Family